How the future looks bright for both profits and purpose.

In Part 4 of our entrepreneur research, we assess both mood and ambition.

During a period of well-documented uncertainty, we wanted to understand what entrepreneurs perceive as the biggest threat: is it a particular outcome of Brexit, or the party politics of Government, or simply the uncertainty itself?

“I believe that the current climate of uncertainty is a threat to my business.”

With a well-earned reputation for resilience and opportunism, it’s perhaps not surprising that more than half of entrepreneurs surveyed said the current environment of UK ‘unknowns’ doesn’t overly worry them.

That’s not to say a sizeable chunk of respondents didn’t have concerns, but they’re collectively outnumbered by those with a more positive or neutral perspective. 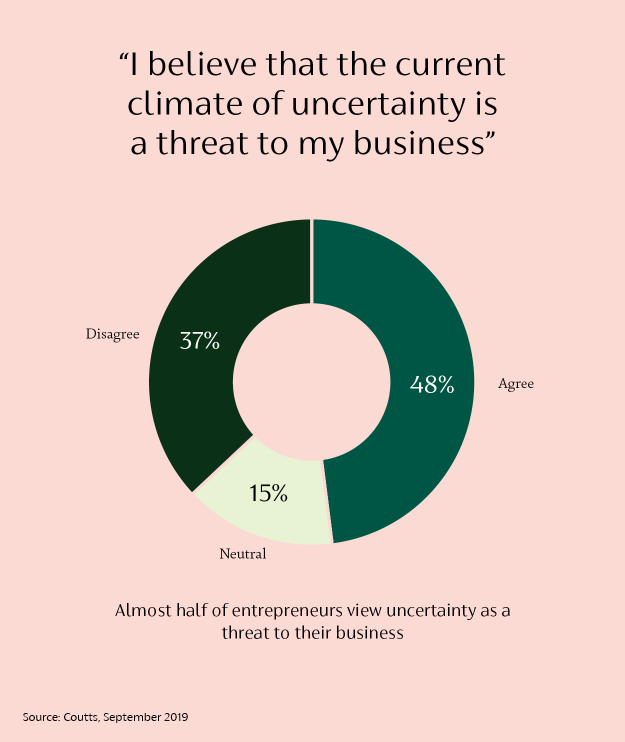 Over a third (37%) said that they did not agree with the above statement in bold, while 15% said they neither agreed or disagreed – signalling that entrepreneurs have priorities beyond the ins-and-outs of Westminster and Brussels.

“I am optimistic about the future of the economy of the U.K.”

The optimism of our business leaders was further illustrated when we asked about the future of the economy, with 36% of respondents confirming they are optimistic, and another 26% strongly agreeing that the UK’s economic prospects look positive.

On the flip side, around one fifth (21%) disagreed, with 8% strongly disagreeing and 10% staying neutral. 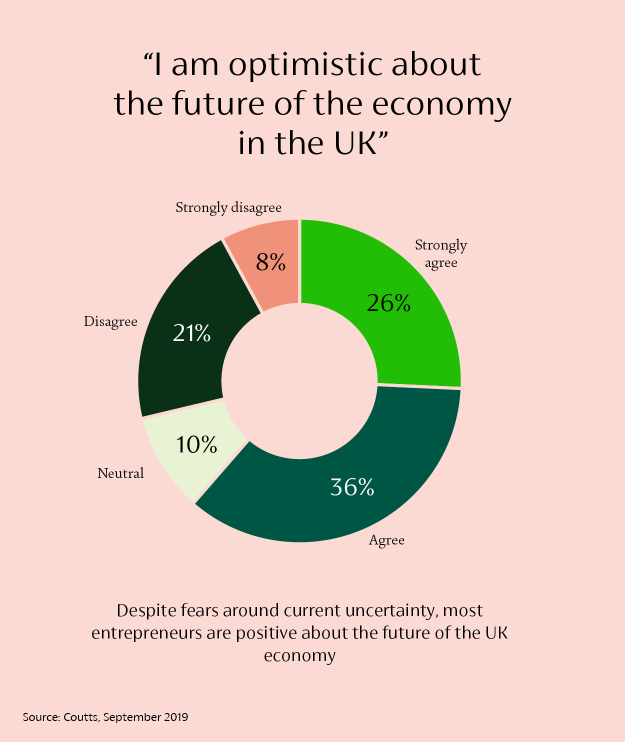 “I am optimistic about the UK continuing to be a favourable environment for business.”

The word that best describes the mood of those entrepreneurs to whom we asked the probing questions? Bullish!

Thirty six percent of them agreed that they are optimistic, while 30% strongly agreed. Thirteen per cent described themselves are being neutral, leaving only 21% feeling downbeat.

What is clear, is that entrepreneurs are overwhelmingly optimistic about the future, despite uncertainty. They understand the potential impact the current environment might have on them but are maintaining hope. For some, it’s even seen as an opportunity rather than a problem – the classic entrepreneur mindset. 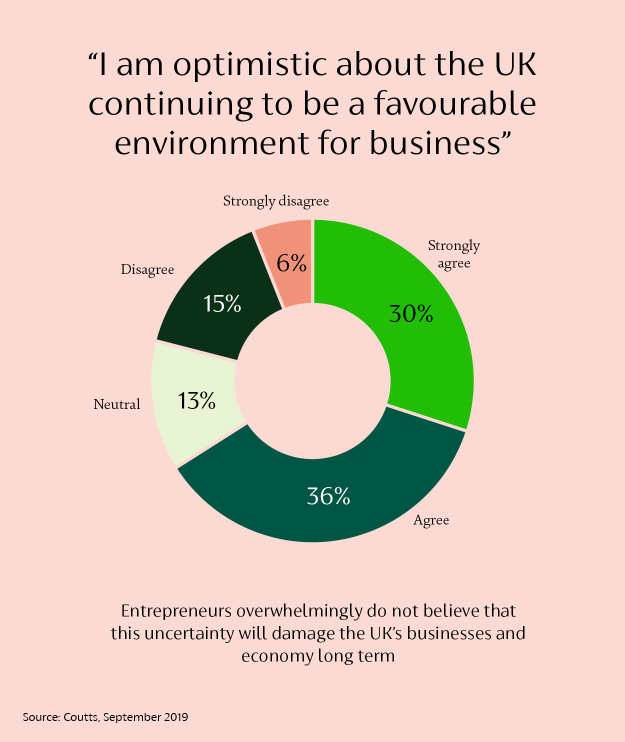 “I believe that businesses should play a larger role in tackling society’s challenges.”

The proof that it’s not all about profit. Three quarters of entrepreneurs agreed with the above statement, highlighting an admirable ambition to have a positive impact beyond the accounts.

This was further confirmed by the small number of respondents who disagreed (13%), while just 12% offered no opinion either way. The future’s looking very bright indeed. 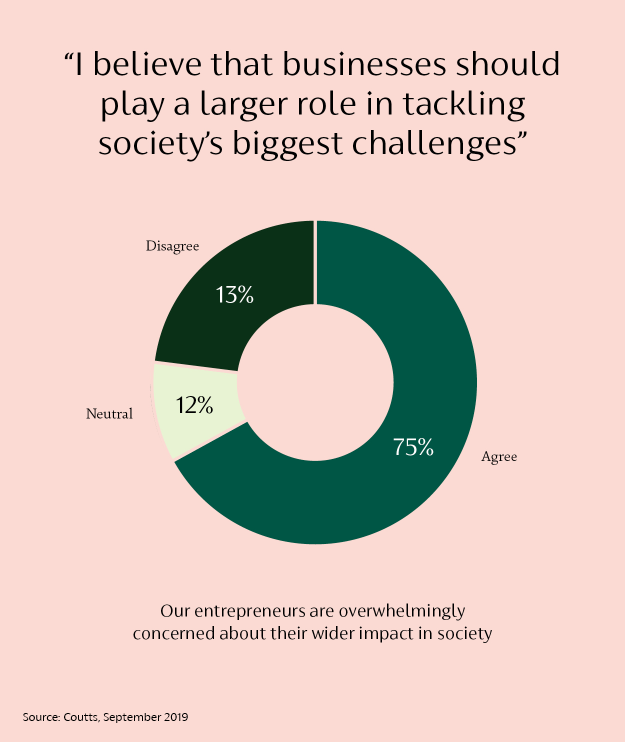 Given the entrepreneurial heartbeat at the UK’s core, it is heartening to see that the majority of entrepreneurs have a positive view about tomorrow’s business landscape. And it chimes with our everyday experience of working with resilient entrepreneurs up and down the country.

Business leaders remain optimistic about the future and are determined to use their power and influence to make a positive impact on the world.

Coutts research of almost 300 entrepreneurs provides key insight into how they feel about the opportunities and challenges ahead.

Findings indicate a sense of positivity and purpose.

The Thomas Coutts Lecture – What does it take to make it as an entrepreneur?

What motivates a successful entrepreneur?