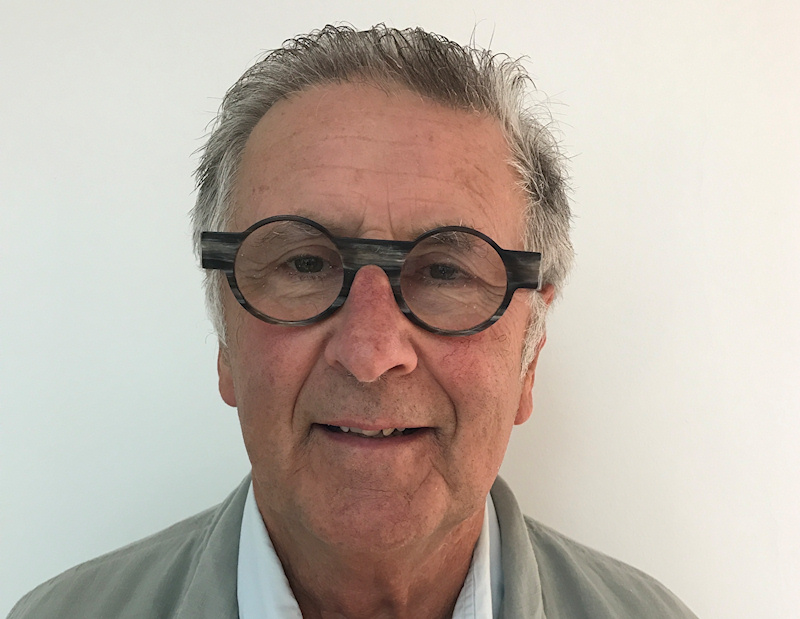 Trustee Of The Roddick Foundation

Gordon Roddick is a trustee of the Roddick Foundation, alongside his daughters Sam and Justine, plus her partner Tina Schlieske. The family-run, independent foundation, is dedicated to supporting visionary organisations and individuals who show leadership in making this a more just and kind world. It focuses on social, labour and environmental justice, and on human rights.

Gordon works with his family to support ‘edgy’ causes and the arts through the Roddick Foundation. He believes philanthropy “has a distinctive role in society and needs to resist all attempts to water it down”.

How did your philanthropy begin?

It really began when we were young and brought up to believe in equity, fairness and justice. We opened our business [the Body Shop] without differentiating between our business and our private lives. We travelled all over the world and learned a lot – it really was our university. It taught me about the huge injustice in the trading relationships between the first world and the third world. It was appalling and obvious to me that what business and society were essentially doing was keeping people in slavery rather than helping them through trade, just to increase shareholder value. The Body Shop wanted to create a fair deal, so we invited all our overseas traders to join us for a week every year and ask us questions which they would have been too frightened to ask a normal trading company. They were all so excited and happily went into full production when they went home. We ensured that trading with us was a mutual benefit, not just a one way street.

When did you establish the Roddick Foundation?

Our philanthropy started under the name of the Body Shop and we financed initiatives like the Big Issue, which has now been going for 26 years and has opened up a social investment arm.

I initiated the Big Issue, bringing it to the UK from New York. I saw a guy in Grand Central Station selling a newspaper and creating lively conversation so I went over to see what they were doing. He was selling Street News as a means of trade rather than charity for the homeless. I thought it was a great idea so I brought the idea back into the Body Shop and we researched it for about a year without a result. We realised we could not keep the project within the company and I asked John Bird – a printer, publisher and former prisoner, who had been a friend of mine for a long time – to run and organise it. We had to hold on to our hat a bit in the early years. It took about three years to break even. This was important in our approach to philanthropy – try and make something succeed and then hand it on to others. The Big Issue is now in many parts of the world. Twenty six years later John Bird still runs it with the same passion.

The Roddick Foundation was set up in 1997. We wanted to have something that was free of corporate restrictions. Body Shop shares had been floated on the market since 1984 so we were a public company and we didn’t want our shareholders to be nervous about what we might be doing with our profits. The Roddick Foundation would be viewed as being separate from the Body Shop’s philanthropy.

The focus of your philanthropy is social, labour and environmental justice, and human rights. Has this always been the case?

It’s always been the same. We came out against the Iraq war as a major human rights issue. We take positions that others find uncomfortable. We have always funded initiatives that others might not, such as:

We’ve also been involved over the past few years with raising awareness of what is happening to the Rohingya Muslim community in Myanmar, funding the work of Guy Horton who presented a report to the United Nations.

As well as the more ‘edgy’ work, we support the arts too. We were very keen to support Chichester Festival Theatre, our support helped them raise money from other sources to rebuild and refurbish their premises. We’ve also supported Chicken Shed and Belarus Theatre, and the Tricycle Theatre. The arts are so important as they bring a different view on life.

How are your family involved in your philanthropy?

My two daughters, Sam and Justine, and Justine’s partner Tina, are all very involved. They visit organisations and feed back. They’ve been involved for a long time and their participation has increased over the years. They are excellent at asking questions and bringing reality to bear. As trustees we might not always see eye to eye with everything we want to do and we discuss fully. All our work is done with mutual respect.

What are the benefits of philanthropy to you and your family?

You get to meet the world’s greatest people – people like Vandana Shiva, the late Wangari Maathai, the late Ken Saro-Wiwa and the Angola Three. It’s wonderful to have conversations with such people who have given their all to humanity.

Is there one donation that you are especially proud of?

Our support to get the Angola Three released from prison [three young black men who were placed in solitary confinement since 1971 in Louisiana State Penitentiary, also known as Angola Prison, for trying to expose continued segregation, systematic corruption, and abuse in prison]. We acted as a unifying force for other supporters and were involved for more than 12 years. I used to go and visit them every three to four months. As a result of them being freed they have taken up a campaign to end solitary confinement. They themselves were held in solitary confinement each for more than 40 years and now contribute to the defence of others still suffering the deprivations of solitary.

You don’t invite unsolicited proposals for funding, so how do you go about finding organisations to support?

We keep our eyes and ears open all the time and we constantly network. We are known to push out the boundaries so naturally find initiatives that reflect our interests.

Given your willingness to take risks, what is your attitude towards failure?

Every once in a while you are going to get things wrong and you have to confront and own up to your errors and move on. But it ought not to prevent you from doing things. Many of the people who cross our path are amongst the most severely disadvantaged and may not play by the rules. You have to make allowances.

The Roddick Foundation has an endowment and you have signed up to Divest:Invest. How important is responsible investment or ethical screens to how you invest your endowment?

We take the view that if you want to change society you have to engage with it. We’ve been very against arms dealers and most of the large oil companies. We realise that the assets need to be invested somehow and we realise you can’t be purer than pure otherwise I would not be driving a car or flying overseas. But the ethical screen we have is very important. It’s important that investors think about what they are investing in.

What have been your biggest lessons learned?

I think you have to have a sense of humour and keep it. You’re a human being that is trying to do a bit to help wherever you can. There is so much joy in helping others. It becomes a drug – it’s a much more enjoyable drug than the ‘greed society’ of the 80s. We’re trying to help and build a society that needs a lot less and laughs a lot more.

What advice would you give to others who are embarking on their philanthropy journey?

Be bold. Talk to lots of people. Networking and talking between foundations is important – we often collaborate with other funders. Be sure what you are doing is a genuine interest and you are not simply handing money over to big agencies – support the grassroots. Research the organisations you want to support properly – you should meet with charities too – we would never give grants unless we had met with people first and thoroughly researched them. It’s great that the UK government incentivises philanthropy through tax relief so it is worth considering this in your philanthropy. Providing unrestricted funding to good organisations is hugely important. Organisations need to have funding to cover their administration and core costs. Patience and persistence are also key.

It’s also enjoyable if you can work as a family as you can draw on each others’ perspectives and strengths. You learn a lot from each other. I’ve learned a lot from my family.

What are the key challenges or opportunities facing philanthropy over the next 10 years?

I think we need to be very aware of bureaucracy and that it does not encroach on philanthropy’s ability to do anything beyond the norm or out of the ordinary. Philanthropy also needs to be sure it does not fund what the state should be funding. It has a distinctive role in society and needs to resist all attempts to water it down.


Discover more about the Roddick Foundation