Lessons from history: How markets have stood their ground in the past

Following the tragic events we’ve been seeing since Russia’s invasion of Ukraine, our thoughts are first and foremost with those most affected – in the region and around the world. With some two million people now having fled the country, the human cost cannot be over-stated.

With so much happening, you may not be giving much thought to your own money. But as one of the consequences of the invasion has been stock market drops, we wanted to provide some perspective that could prove reassuring.

At such times, investors initially look to reduce risk, and this sends stock markets downwards temporarily. But looking at what’s happened before, time and again those same markets usually recover as logic, confidence and the foundations of growth – like company performance – come back into focus. 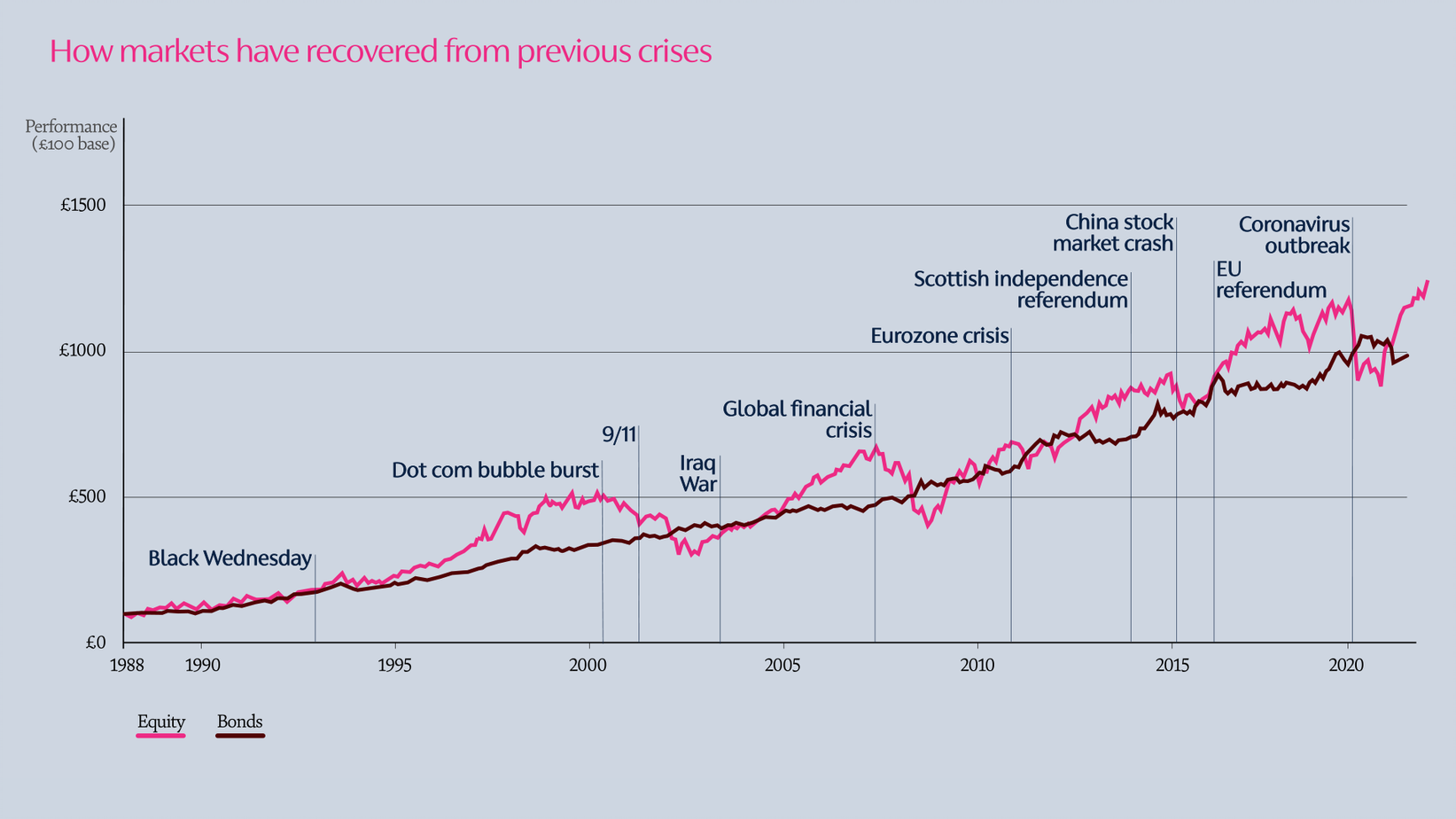 Source: Refinitiv. MSCI UK £ used for Equity, Bloomberg gilt index used for Bonds. Returns include total returns and assume dividends reinvested, Data to 30 June 2021. Past performance should not be taken as a guide to future performance. The value of investments, and the income from them, can go down as well as up, and you may not recover the amount of your original investment.

As you can see from this chart, through every major crisis over the last 30 years both the stock and bond markets have recovered and risen. The lines drop every once and a while, sometimes dramatically, but over time, they go up.

The invasion of Ukraine continues to shock us all from a human perspective. It remains an unknown quantity, and we just don’t know how or when it will be resolved. But at least when it comes to our investments, looking to the past could help us stay focused on the future.

time to travel as adventure returns

five ways to build your network via the coutts 440 app