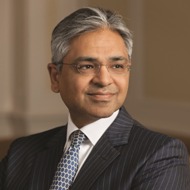 3 min read
Peter Flavel, Chief Executive Officer, Wealth Businesses, explains why Black History Month is so important to us and why we see it as just one step in a constant process to champion recognition and inclusion
Read more
3 min read
Investments
|

Investors, let’s take a step back from NFT mania

4 min read
Non-Fungible Tokens are the latest hot trend but are they worth the time it takes to understand them?
Read more
4 min read
Investments
|

A time for moderation