The residential property market slowed in 2017 but with wide regional variation.

With low interest rates and supply constraints acting to support prices, the regions that suffered most in the crash are bouncing back.

House prices continued to show modest growth in the last quarter of 2017, but in parts of the market activity has stagnated. For the most part this means London and the South East, but is also the case for ‘top of the ladder’ properties elsewhere. An analysis of house prices in cities across the UK shows that those that experienced the weakest price growth since 2009 now have the fastest rising prices.

Low mortgage rates and healthy employment continue to support demand, while supply constraints remain a challenge for buyers and are likely to provide support for house prices overall. The Bank of England appears to be reluctant to raise interest rates further in light of the current inflationary environment and the resulting squeeze on real earnings.

Prices across the UK are expected to show only very modest growth over the next two years while the government manages the process to leave the EU. Things are expected to pick up again after 2020 when confidence returns, releasing pent-up demand.

For buyers looking for somewhere to live, supply constraints are likely to be a key challenge. For buy-to-let investors, the environment remains challenging given the unfavourable tax environment, low yields and limited capital growth prospects.

The Nationwide House Price Index shows modest price growth. UK house prices rose by 2.6% in 2017, compared with 4.5% in 2016. The West Midlands, South West, East Midlands and the North West show the strongest annual house price growth, while London remains at the bottom of the list.

Hometrack provides insights into performance across UK cities. Their latest data shows that Glasgow has the fastest growing house prices at 7.9%, followed by Edinburgh at 7.6%, Leicester at 7.5% and Birmingham at 7.3%. Cities with the weakest price growth since 2009 are currently recording the highest rates of price inflation. Hometrack expects city house price growth to be 5% in 2018 as regional cities support the headline growth rate.

Buyers remain very price sensitive. The latest data from Rightmove shows that sales activity is down, with sales agreed in the last quarter of 2017 down 5.5% on the same period a year ago.

The latest Royal Institution of Chartered Surveyors (RICS) survey suggests that new buyer enquiries have edged lower and sales are slowing, particularly in the South of England and the Midlands, but improving in other regions. In the wider South East area new buyer enquiries have declined markedly and vendor instructions have increased, suggesting that negotiating power in the region is going to be with buyers at the start of 2018.

Remortgages on the rise

Data from the Council of Mortgage Lenders (CML) highlights the extent to which various changes to stamp duty in recent years have reduced the capacity for home movers. The number of mortgages for London movers in Q3 last year was 20% below the 2013-15 average, and less than half the average level recorded between 2005 and 2008.

The Bank of England’s Monetary Policy Committee (MPC) meets again on 8 February to set the base interest rate, currently 0.5%. One of the key reasons analysts have suggested that the MPC should wait before hiking again is that it would hit households already struggling to cope with the squeeze on real earnings as a result of inflation – currently at 3%, 1% above the bank’s target rate. As a result, if inflation does start to fall back, then the squeeze should abate which would make further interest rate increases more manageable. 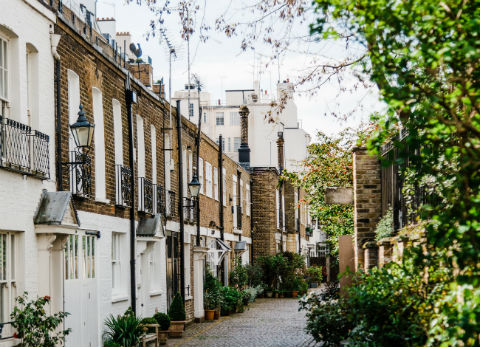 The budget introduced a government target for building 300,000 new homes a year by the mid-2020s, a level that hasn’t been achieved since 1978 when local authorities built 145,000 homes.

The RICS survey noted that new instructions to sell continued to decline at the headline level, extending a run of 23 months. Average stock levels on estate agents’ books remain close to historic lows, which is proving a challenge for buyers.

House price growth has slowed in 2017, with a rise of 2.6% in 2017 compared with 4.6% in 2016. Sales activity in Q4 2017 was down by -5% compared to Q4 2016. For buyers looking for a place to live, supply constraints are likely to be a key challenge. For buy-to-let investors, the environment remains challenging given the unfavourable tax environment, low yields and limited capital growth prospects.

With significant experience in the real estate market, Coutts real estate experts draw on a clear understanding of our clients' property investment objectives, extensive connections and expertise to provide a consolidated service that meets their needs.