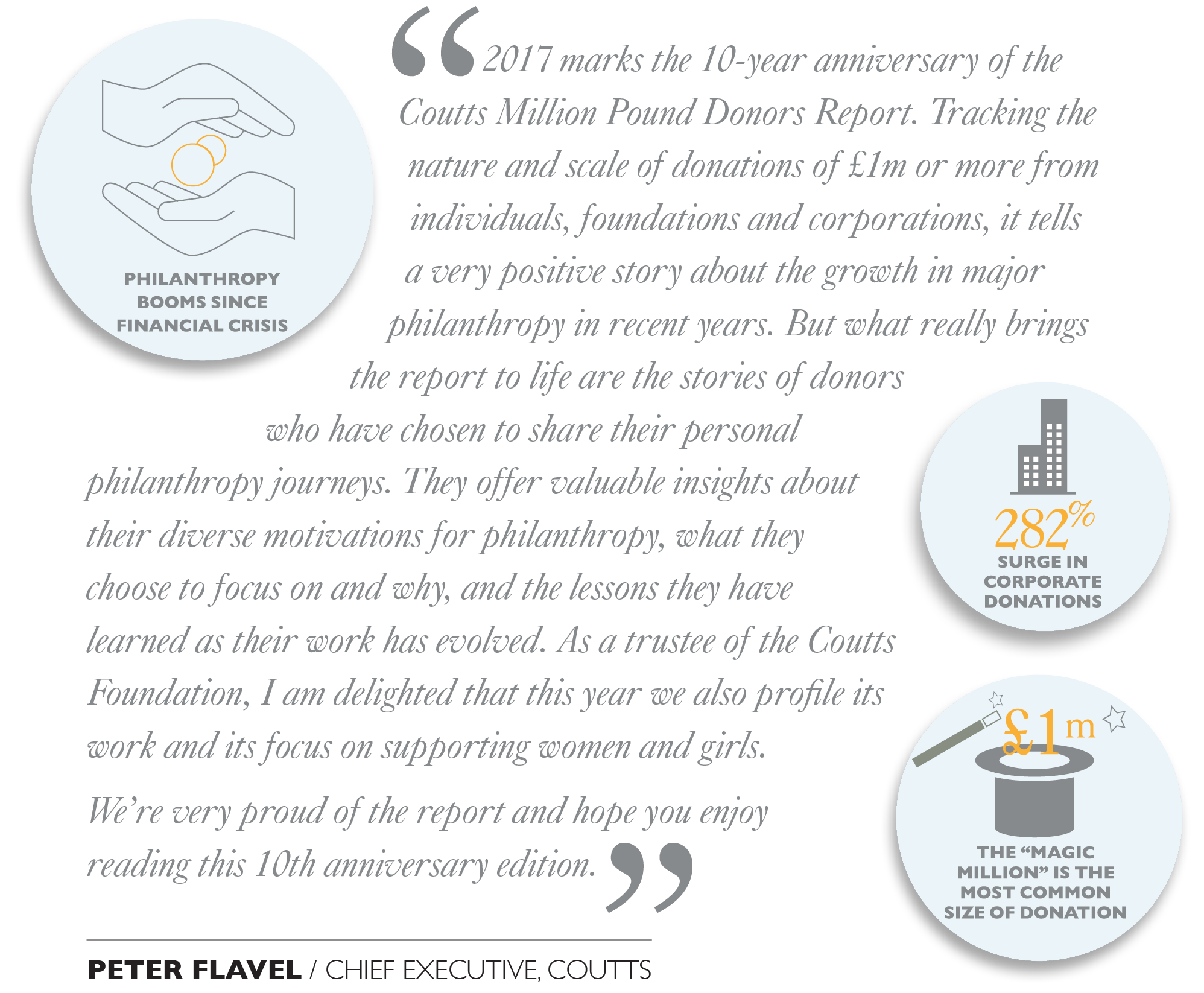 The Coutts Million Pound Donors Report offers unique insight into key trends in major philanthropy over the past 10 years. Nearly £15bn has been given in total by individuals, foundations or corporations. And there is no doubt that major philanthropy has been on the rise since the financial crisis, with 2016 seeing the highest amount given since the report began a decade ago. We would like to thank the University of Kent for collating the data for the report over the years.

Equally insightful are the interviews we have conducted over the years with philanthropists from around the world, which can be seen in this report and our previous Million Dollar Donors Report. While every philanthropist is unique, these interviews illustrate that philanthropy is driven by people’s passions, values, concerns or visions for a better society.

This report is designed to celebrate and inspire philanthropy at any scale. Whether you are a donor, trustee or volunteer, we hope that it provides some valuable food for thought.

Philanthropy is deeply in the DNA of Coutts. Our passion for it began with Angela Burdett-Coutts – granddaughter of Thomas Coutts who inherited a share of the business in the 1800s. She became one of the most progressive and generous Victorian philanthropists.

Charitable giving also features in the lives of our clients, many of whom benefit from the support of our award-winning philanthropy experts, including strategic philanthropy advice from the Coutts Institute and the services provided by our Trust and Charity Investment teams.

If you’d like to hear more about how we can help you and your family make a real difference to the causes or communities you care about, contact your private banker.

We understand that wealth means more than money.  The Coutts Institute focuses on the governance of wealth - helping family businesses succeed, helping clients fulfil ambitions for their philanthropy, and preparing the next generation for inheritance.