Coutts Ask the Investment Team client call explored the impact of the UK general election on investments and the implications for financial markets, investors and portfolios.

On Friday our Ask the Investment Team client call explored the surprise result of the UK general election and what impact the outcome could have on financial markets and investors.

The call was hosted by Coutts Managing Director of Global Markets Mohammad Syed, who was joined by:

Here we present highlights of the call and questions asked by callers.

Mohammad Syed: Before we take questions from the phone, I’d be grateful if you could all give me your different perspectives on today’s results.

Lord Waldegrave: Today is reminiscent of 1974 when the leader of the Conservative Party, Edward Heath, failed to gain a majority. Like Theresa May, Heath was a determined character. He attempted to form a new government with the Liberals but later resigned.

Today, Mrs May seeks to form a government with the support of  the Northern Irish Democratic Unionist Party (DUP) and the election result could increase the chance of a ‘softer’ Brexit owing to a range of different views.

Although another referendum is unlikely in the short term, I think we will face another general election within the next five years.

Monique Wong: While it is a momentous day for UK politics, there’s been a relatively modest response from markets compared with the EU referendum. Sterling, which is our Brexit sentiment indicator, is around 1.5% down and the US dollar and euro are up on the back of perceptions that the result could mean a softer Brexit. The loss of Scottish National Party (SNP) seats also means there is less likelihood of a second Scottish independence referendum. The FTSE 100 is up by around 0.75 percentage points in response to weaker sterling, with large multinational oil and gas and mining companies benefiting. Meanwhile, bond yields are largely unchanged. The response has been like the EU referendum but much smaller in magnitude, and our portfolios are likely to remain flat.

Terence Moll: Overall, this result makes little difference to our long-term views in the context of global growth. Although there may be short-term volatility, the result is unlikely to have an impact on the bigger picture. Uncertainty over Brexit appears to have fallen, with markets now seeming to believe the possibility of a hard Brexit is unlikely. The result does not affect our view of global growth and we believe the impact will not be significant in this regard.

In view of the election results and the rise of left-wing politics, could this uncertainty affect corporate taxation and accelerate the movement of businesses to Europe?

Terence Moll: The basic parameters of the UK government are not likely to change drastically and the Tories look like they will remain in power, albeit in a slightly different form. Brexit plans are likely to go ahead but in a slightly milder version so I believe UK corporates won’t respond particularly to this result.

With the current period of uncertainty in the US and Europe, should we be looking to invest in other countries such as Australia or Canada?

Monique Wong: We have a rigorous, repeatable investment process, and the universe includes countries such as Australia and Canada, particularly in terms of commodities. However, their weight in terms of market size is not as meaningful as other regions, such as emerging markets and Europe.

Terence Moll: In my experience, there tends to be a great deal of noise and not much light when it comes to political events and uncertainty. There is often little impact on economic developments.

With the Labour Party’s success showing that left wing policies are supported by the public, do you think there will be a shift towards higher direct and indirect taxes?

Terence Moll: If anything, the Conservatives are unlikely to want to cooperate with Labour on anything. My view is that the Conservatives would prefer to work with the DUP and see how it goes. I doubt there would be little in the way of tax changes.

When you become a client of Coutts, you join an exclusive network.

What impact do you think the election result and Brexit will have on the UK property market?

Monique Wong: In terms of commercial property, Brexit is up there as the highest risk but there is also already a Brexit discount in the price. Real estate investments trusts (REITs) are trading at a 20% to 25% discount. Bricks and mortar funds have recovered from last year’s tumble after the referendum and are fairly stable at the moment. The market has been supported by international buyers because of weaker sterling, so if the pound strengthened that might be an issue in central London. 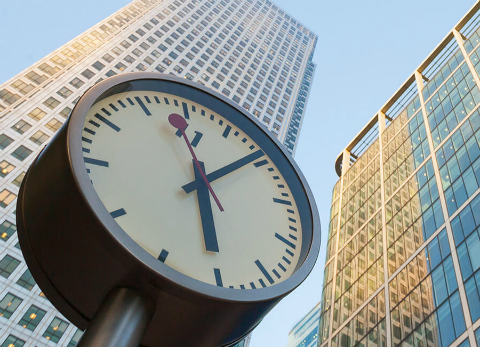 Don’t miss out on our next Ask the Investment Team call in July. Contact your Coutts Wealth Manager or Private Banker to find out how you can dial in and put your own questions to the investment team.

The result of the UK General Election will have serious political ramifications for the UK. However, we do not believe that the result, in and of itself, will have any major impact on investment performance, which is driven by the broader macro-economic data and corporate fundamentals.

3 min read
We look at the ups and downs of Bitcoin, inflation in the eurozone and the latest news on oil.
Read more
3 min read