Five years ago this month, the roof terrace over Coutts headquarters at 440 Strand, London, was transformed into a living and breathing vegetable garden. Over the last few years, the Strand Skyline Garden has evolved significantly and today comprises more than 400 metres of fruit, vegetable, herbs and flowering plants. As Coutts Green Season comes to a close, we take a look at the short but colourful history of the Skyline Garden and the inspiration that led to its creation.

The Strand Skyline Garden was the brainchild of Coutts Executive Chef, Peter Fiori who spent a lot of his young life in rural Italy, often tending to his family’s garden. Peter’s appreciation of fresh produce continued throughout his career as a chef in some of London and Italy’s most exclusive restaurants. It was when looking out of his office window on the fourth floor of 440 Strand, that Peter was inspired to transform the dreary fire escape within his view into a beautiful and productive environment.

Peter shared his early ambitions to grow a small crop of herbs and tomatoes within the space with friend and renowned gardener, Richard Vine. Drawing on Peter’s mantra, ‘two hours from garden to plate’, coupled with Richard’s horticultural experience, the two devised a vision for the Skyline Garden. They crafted a box from decking in which they grew a selection of strawberries, curry plants and herbs which they presented to the Coutts Board, as a prototype for the garden.

The Board were unanimous in their agreement so Richard, Peter and his team of chefs started work in the Spring of 2011. The Clink Charity, based at HMP High Down, was enlisted to build planters out of disused decking that Richard duly filled with three tonnes of soil that the chefs had carted by hand from the building’s basement. With the planters housed across the parameter of the roof, the garden bloomed, and the first year’s crop included lavender, rosemary, sage, bay leaf, strawberries and six varieties each of carrots and mint. The team’s now long-standing reputation as cultivator of unique plants was borne as wasabi, buddleia and Sichuan pepper filled the planters.

Five years on, and the Skyline Garden is home to some 500 species of plants, each of which has been carefully selected to comprise the perfect mix of vegetables, herbs, fruit and flowers that add colour and flavor to the dishes produced within the Coutts kitchen - while attracting bees, butterflies and even ducks to what was a unique and natural environment in Central London. Every crop is used in some form in the Coutts dining rooms year-round, while in peak season, some will be made up entirely of crops that are sourced in-house.

Peter explains, “Over the last six weeks or so, we have had an abundance of produce. Every dish we serve contains an element of the garden and the menu will be designed to maximise the produce that we expect to be in season at that time – whether it be sea kale, purple sprouting broccoli, green beans, Peruvian cucumbers, Persian cucumbers, prickly pears or guavas.”

The garden has become renowned for the breadth and the rarity of its crops which continuously surprise diners. After dinner tea has been revolutionised by numerous varieties of mint which the chefs cut to order, while the ten types of tomatoes serve as a continual talking point – with the black ‘Indigo Rose’ continuing to take centre stage, two years on from the first harvest. 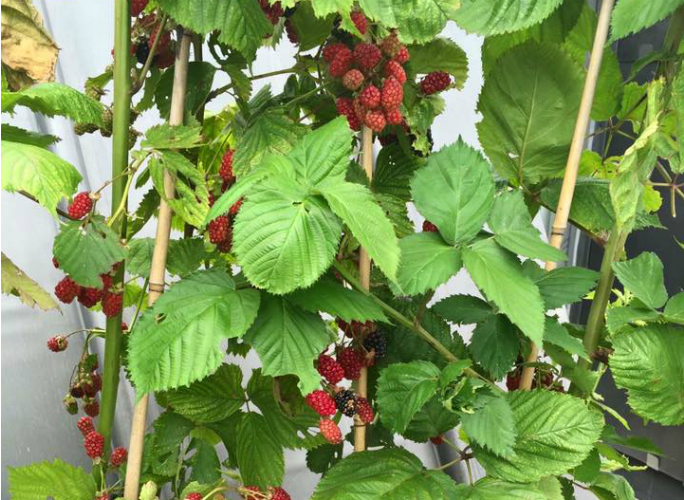 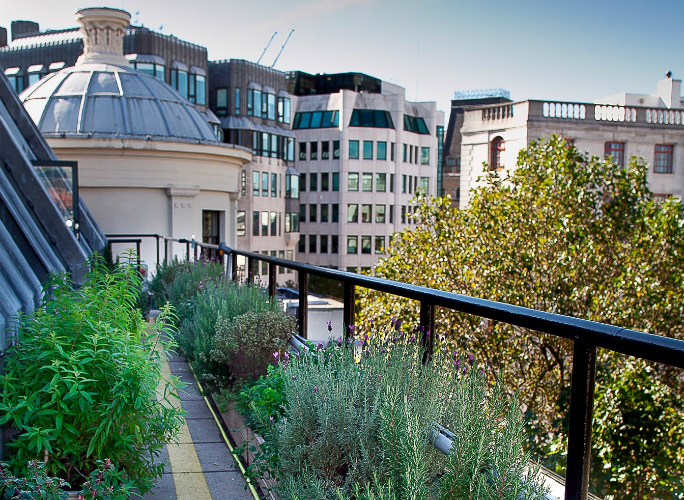 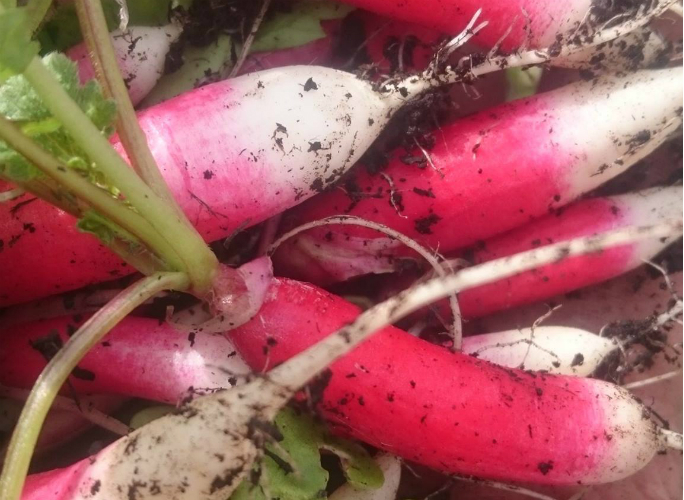 Now home to some 15,000 plants, the garden is continually changing to maximise its surroundings. The Fruit Garden was established at the Strand side of the building last year, leveraging the heat of its southern aspect to provide a Mediterranean-like environment for plants. In its second year, the Cottage Garden has harvested five varieties of apple, two varieties of pear, figs, guavas, jasper berries and kaffir limes, amongst others.

Peter explains, “With the heat at the front of the building and the warmth given off as the sun reflects on the backdrop of the wall, we have the perfect conditions to grow any tropical vegetable or fruit that we wish to – from a cardoon to an artichoke.”

Having been the Skyline Garden’s dedicated gardener since launch, Richard Vine’s unexpected passing in 2014 left a significant hole in the garden. The team decided upon his demise that the west-facing area previously known as Meadow Garden should be renamed, Vine Lane. The first section of the garden to be planted back in 2011, Vine Lane now houses an array of Mediterranean herbs (including lavender, sage and ten varieties of thyme), vegetables (including potatoes, carrots and beetroot), salad crops and two Pinot Meunier grapevines.

The Kitchen Garden faces the dome of the London Coliseum and is home to plants that thrive in the shade this corner of the garden provides from the autumn. Vine Lane is fully established as a haven to the pollinators that are essential to the garden but rare in their Central London habitat, with a riot of colour provided by sweet peas and honeysuckle, pittisporum, cordyline and pyracantha. The plants offer a stunning outlook for guests within the Coutts dining rooms, while providing a stream of seasonal flowers for display within the rooms themselves.

So, what does the future hold for the Strand Skyline Garden? “We want to continue to build on Richard’s legacy with a number of horticultural firsts,” says Peter. “When we launched the garden in 2011, it was the first of its kind in a corporate space within Central London. With the on-going media profile of the Skyline Garden, we have seen many more disused spaces being reinvented for multiple uses – a trend that we hope will continue.”

Peter adds, “With the micro-climate offered within certain aspects of the garden, we have uncharacteristic growing conditions for this area of London. We have plans to grow a number of tropical fruits that to my knowledge have not previously been successfully harvested in the City before.”

Painstakingly tended by Peter, his team of specially-trained chefs and dedicated gardening expertise, one thing is for sure – the legacy of Richard Vine will continue to live on within this unique space and other skylines across the City of London.

2016 saw Coutts open the doors to the public for the first time through the Open Garden Squares Weekend. Organised by the London Parks & Gardens Trust, the event offered the chance for visitors to see the garden and admire the 360˚ views of the fourth floor of the building on the Strand. 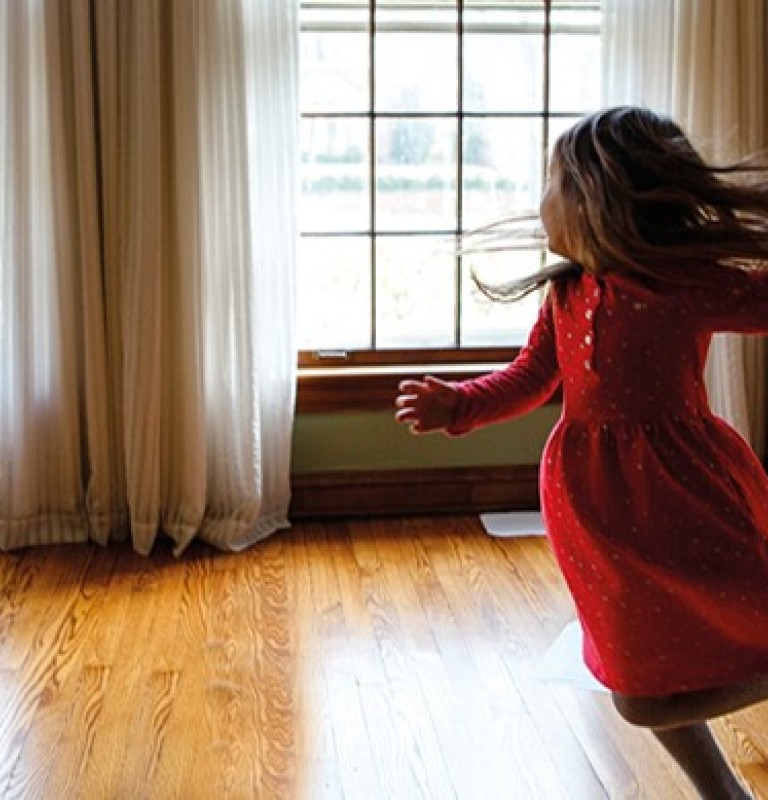 Governments are looking beyond traditional policies for when the global economy next needs a boost. 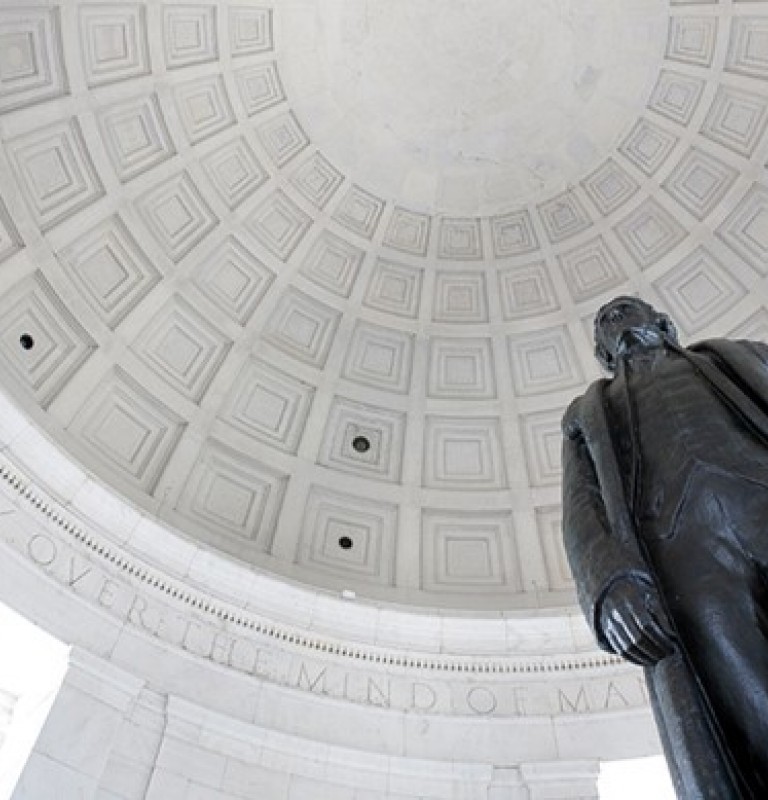 The world is no longer dominated by one or two great powers – other countries and power-blocs are making their influence felt. 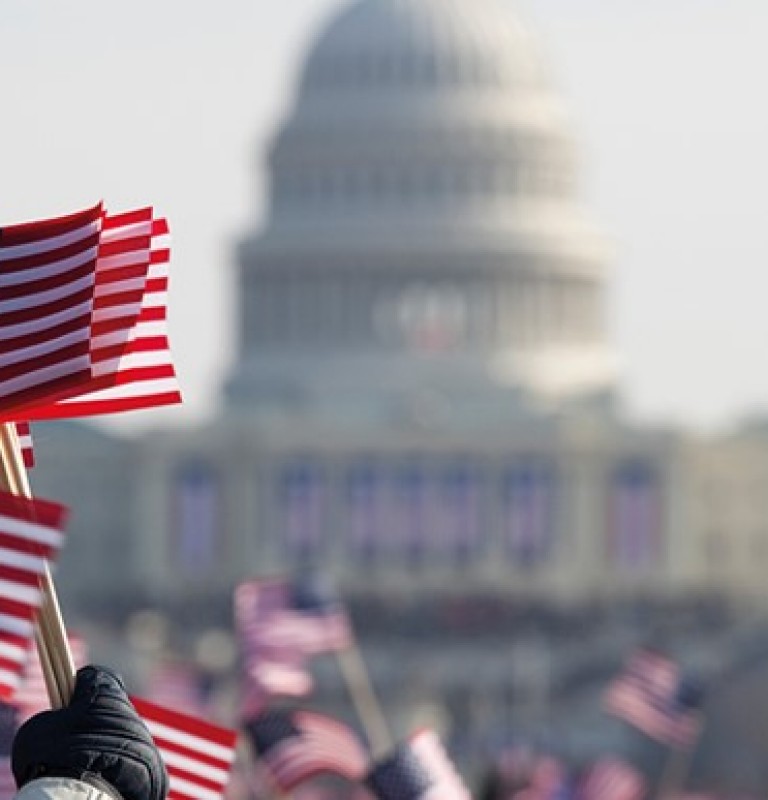